Hotel development remains at record highs across the world. Everywhere you look there seems to be at least one hotel springing up on the horizon.

While the majority of these developments consist of prefabricated construction in line with the existing style and planning of a specific hotel chain, others are a bit more ambitious. Let’s take a look at some of the major hotel projects underway around the globe:

Located in The XI, a newly built pair of high rises developed by HFZ Capital Group, Six Senses New York is set to be a stunning new addition to the premier hotel chain’s list of properties worldwide. In fact, it will be the first stateside property by Six Senses Hotels Resorts Spas.

While the totality of The XI will be mixed-use, including residential condos and commercial retail space, the bulk of the building complex will be taken up by Six Senses New York. Cottages & Gardens has already named The XI as one of New York City’s buildings with the best wellness amenities.

Unforeseen development delays notwithstanding, HFZ plans to have The XI open and fully functional by Q4 2020. This includes the stunning new Six Senses location. 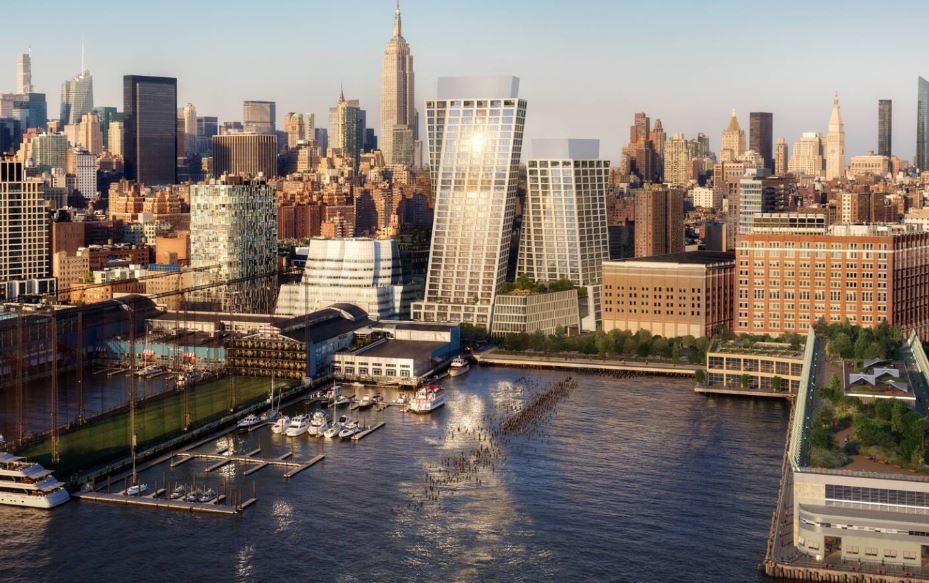 Described as a family-friendly hotel in the heart of San Francisco’s famed Fisherman’s Wharf, Hotel Caza recently opened to much acclaim and fanfare. The hotel includes a beautiful bar and lounge, artisanal coffee shop and cafe, as well as a fully stocked snack bar and deli counter.

Integral to the construction of the new Hotel Caza is a state-of-the-art implementation of internet services and digital solutions. These accommodations were essentially built-in from the ground-up.

The centerpiece of the high-tech approach of Hotel Caza is the development of an internet access portal available to guests regardless of their onsite location. This access is also used by staff to ensure optimum performance for guests and hotel services with little to no interruption. 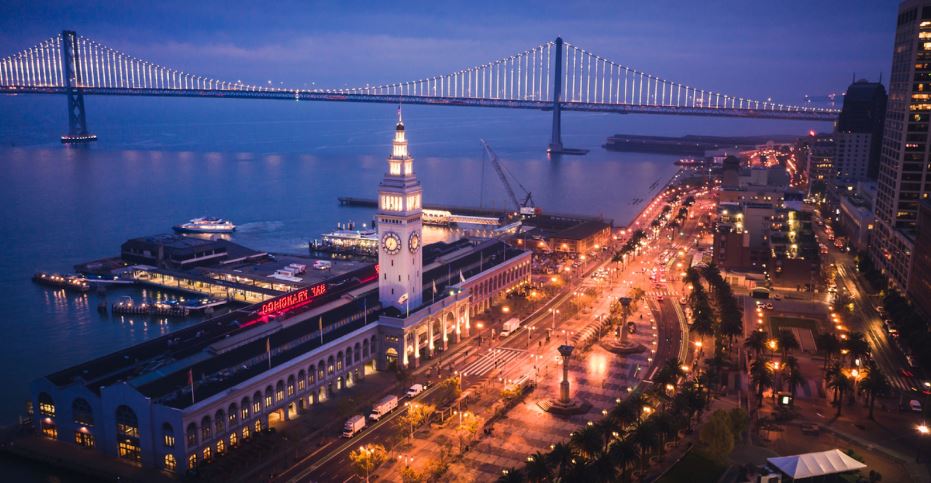 The second of two Cambria Hotel locations in the Fort Lauderdale area, this 104-room hotel is expected to open Q3 2020. It will be 12 miles away from the first location.

The new and improved location will include an oceanfront pool, world-class dining, and premier fitness center for guests. The site is a close walk to the beach and a short drive from the nearby Broward County Convention Center.

If all goes well, Cambria plans to open similarly posh locations in Boston, Houston, and Southern California later this year.

Standing 31 stories and containing more than 600 rooms, the under-construction Downtown Marriott in Austin is expected to open sometime at the start of Q3 2020. The newly built hotel will also have more than 60,000 square feet of meeting and event space for businesses and other organizations.

Concept drawings and construction site photography reveals a sheer glass facade with imposing angles soaring into the sky. Capping off the hotel will be a rooftop pool, three bars, and a world-class restaurant. 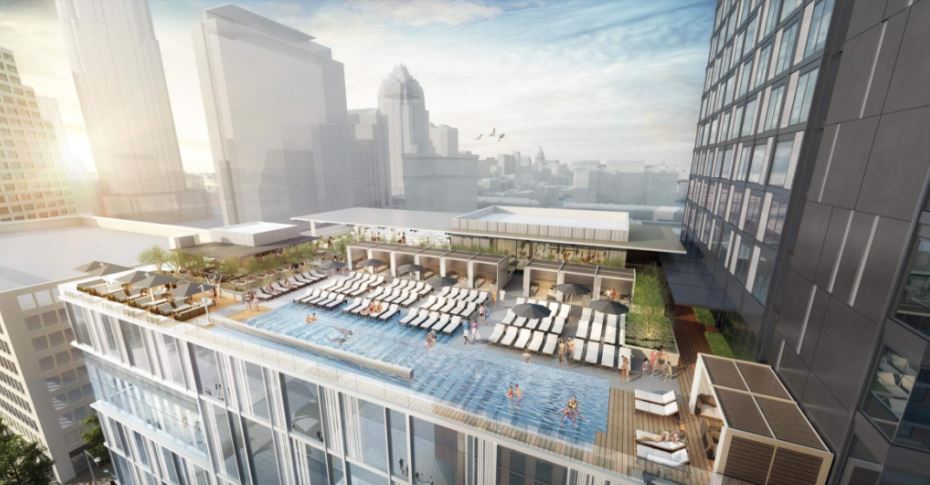 We turn now to Germany – Frankfurt to be exact – where a second Hyatt House hotel is set to open later this year. Part of Four Frankfurt, a mixed-used quad of towers developed by Groß & Partner, the hotel will include 180 rooms accompanying residential, office, and commercial facilities located throughout the rest of the complex.

While the existing Hyatt House in Frankfurt is situated closer to the city’s tourism hub, the newly built structure is located in the business district. This puts it within close proximity to several major corporation headquarters, arterial highways, and the airport.

Another new hotel making its way into a mixed-used piece of property will be the first St. Regis in Australia. Located in Melbourne, the hotel is expected to be open for business sometime in 2022.

The hotel will be between levels two to 11 in the 33-story Flinders Bank tower in the city’s business district. 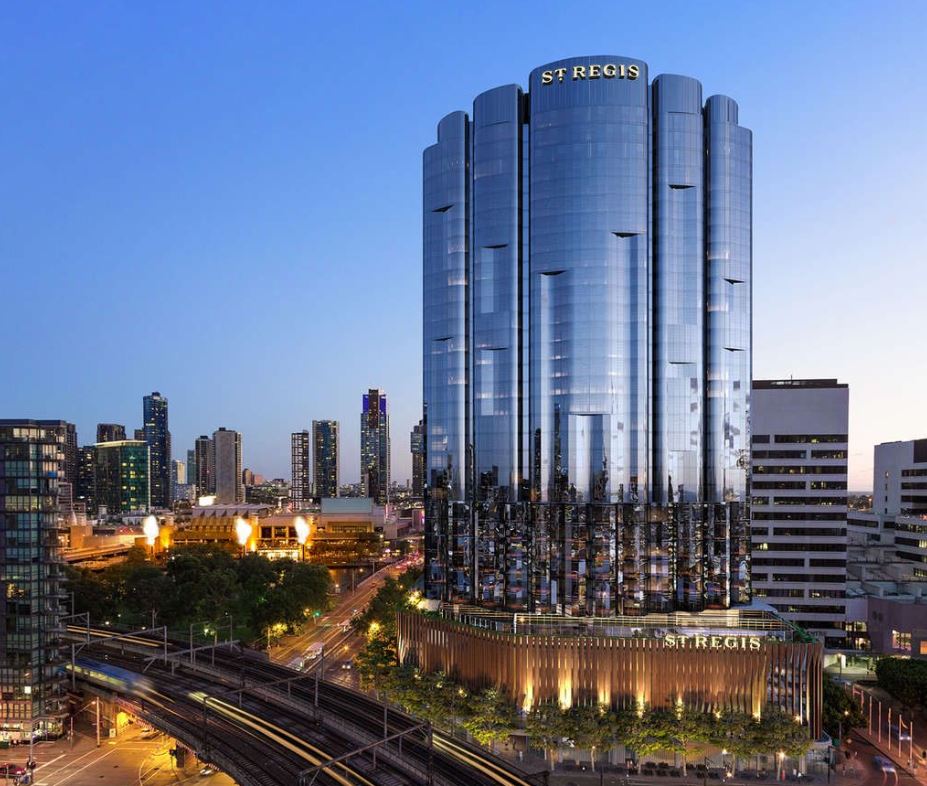 A growing trend within digital marketing for the hotel industry, metasearch advertising…

If you’re looking to build a successful and popular hotel, you need…

Now that we’re all back at work, attention is turning to the…