World class female chefs joined forces for an evening to create a glamourous dining experience for a hundred and twelve guests at one of the most luxurious hotels in the capital, The Langham, London, raising over £40,000 for the charity DEBRA’s #FightEB appeal– money which could make a real difference to the quality of life for people suffering from the painful skin blistering condition, Epidermolysis Bullosa (EB).

Michel Roux Jr hosted the evening and his culinary skills were accompanied for the first time with an all-female star line up including Ching He Huang, Sally Abé, Anna Haugh, Marianne Lumb and Chantelle Nicholson. Each of the chefs were responsible for one course of the bespoke menu, from canapés to petit-fours. Guests enjoyed specially paired wines with each delectable course.

During the event, DEBRA president Simon Weston CBE, took to the stage to give guests an insight into the pain and suffering epidermolysis bullosa patients go through. Simon, a Falklands veteran who survived the 1982 bombing of RAF Sir Galahad, was left for dead with 46% of his body burnt and had to undergo significant treatment to recover. Also in attendance at the event was DEBRA vice president, Scottish retired professional football player and manager, Graeme Souness.

Michel Roux Jr, Chef Patron of Le Gavroche, and the man behind Roux at the Landau and Roux at Parliament Square, says:

“I am always so proud to host this fantastic fundraising event for DEBRA.  It is such a wonderful charity and one that I and The Langham, London are thrilled to continue to support.  I am delighted that in five years this event has raised over £320,000 for DEBRA”. 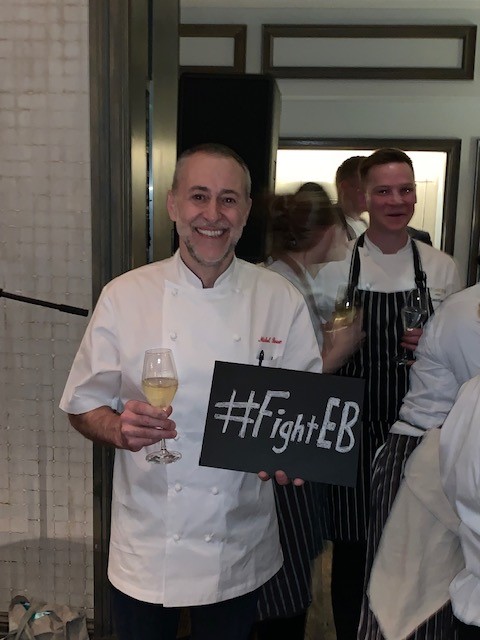 DEBRA is the national charity in the UK supporting people suffering from Epidermolysis Bullosa (EB), a potentially fatal skin condition that causes constant pain due to unstoppable internal and external blistering. The money raised at our 2020 Great Chefs Dinner will support DEBRA’s Fight EB Campaign to alleviate the debilitating symptoms of pain, itch, open wounds and mental health difficulties for those living with EB as we drive towards a cure.

BENCHMARK®, a global hospitality company, is looking to the future with its just-released…